Reference Checks are one of the original and most widely-accepted background checks, having formed part of the recruitment process for decades.

Traditionally, references sought to obtain subjective information regarding the character of an individual and now extend to verifying a candidate’s previous employment periods and/or their skills and experience that may be relevant to their role. Additionally, references are more investigative, seeking details of personal attributes of candidates that potential employers should be aware of, such as reliability, honesty and the way that they interact with others.

When should you undertake a Reference Check?

What are the benefits of outsourcing Reference Checks?

A key component for a reference checking program is to determine where the responsibility for undertaking the checks will lie. The advantages of outsourcing the process are most obvious in the time-savings of avoiding the management of what can be an administratively labourious process. The involvement of trained, objective PeopleCheck specialists that work to strict service level agreements without the competing internal deadlines that may impact employees in a recruitment or manager capacity undertaking the checks, can improve timeframes and in turn, hiring decisions.

What type of Reference Check suits your business best?

With developments in technology and varying ways that reference check results are utilised by organisations, PeopleCheck believes that there is no “one size fits all” when it comes to this crucial step in vetting your candidates. This being the case, PeopleCheck offers four different reference check products (detailed below).

All communication with candidates and referees is facilitated via PeopleCheck’s online system, PRIVI. References are obtained online from the candidate’s nominated referees and provided in real-time.

You can find out more about PeopleCheck’s VirtualRefCheck service here.

An interview with the candidate’s referee is undertaken to verify employment and performance. This check includes pre-determined, standard questions. Questions can be added or customised for an additional cost.

Candidates are contacted via our online system and assigned to a PeopleCheck Specialist to obtain referee details. Referee interviews are undertaken using a variety of methods, including telephone and/or email, with comments obtained verbally where possible.

This check involves a comprehensive interview with the candidate’s former manager, utilising PeopleCheck’s standard set of questions and an investigative approach.

Candidates are contacted via our online system and assigned to a PeopleCheck Specialist to obtain referee details. Referee interviews are undertaken using a variety of methods, including telephone and/or email, with comments obtained verbally where possible.

This check involves a comprehensive interview with the candidate’s former manager, utilising a completely customised set of questions based on your specific requirements. Customisation can include adoption of:

Candidates are contacted via telephone and/or email to obtain referee details. Interviews are undertaken using a variety of methods, with comments obtained verbally where possible.  Processes and reporting can be flexible, depending on requirements; and any discrepancies are clarified with the manager wherever possible. 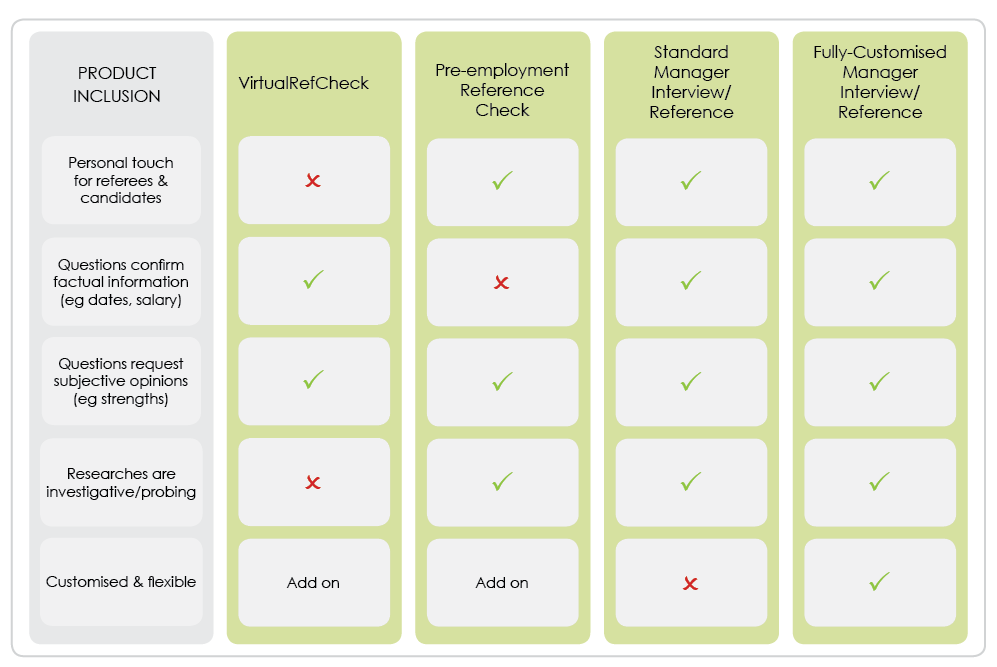 What does a Reference Check include?

All PeopleCheck’s Reference Check products detailed above include:

Depending on the intended use of Reference Check results, they can be most effective when coupled with Employment Verifications. 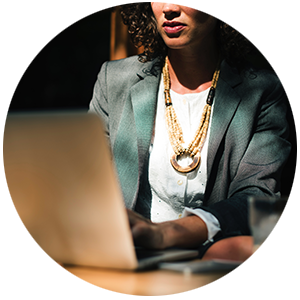 This case study is an example of reference checks uncovering behaviour in a candidate’s past (such as a conflict of interest) that is directly relevant to a future employer, not to mention highlighting a huge gap in employment history.

This website uses cookies to improve your experience while you navigate through the website. Out of these, the cookies that are categorized as necessary are stored on your browser as they are essential for the working of basic functionalities of the website. We also use third-party cookies that help us analyze and understand how you use this website. These cookies will be stored in your browser only with your consent. You also have the option to opt-out of these cookies. But opting out of some of these cookies may affect your browsing experience.
Necessary Always Enabled
Necessary cookies are absolutely essential for the website to function properly. This category only includes cookies that ensures basic functionalities and security features of the website. These cookies do not store any personal information.
Non-necessary
Any cookies that may not be particularly necessary for the website to function and is used specifically to collect user personal data via analytics, ads, other embedded contents are termed as non-necessary cookies. It is mandatory to procure user consent prior to running these cookies on your website.
SAVE & ACCEPT